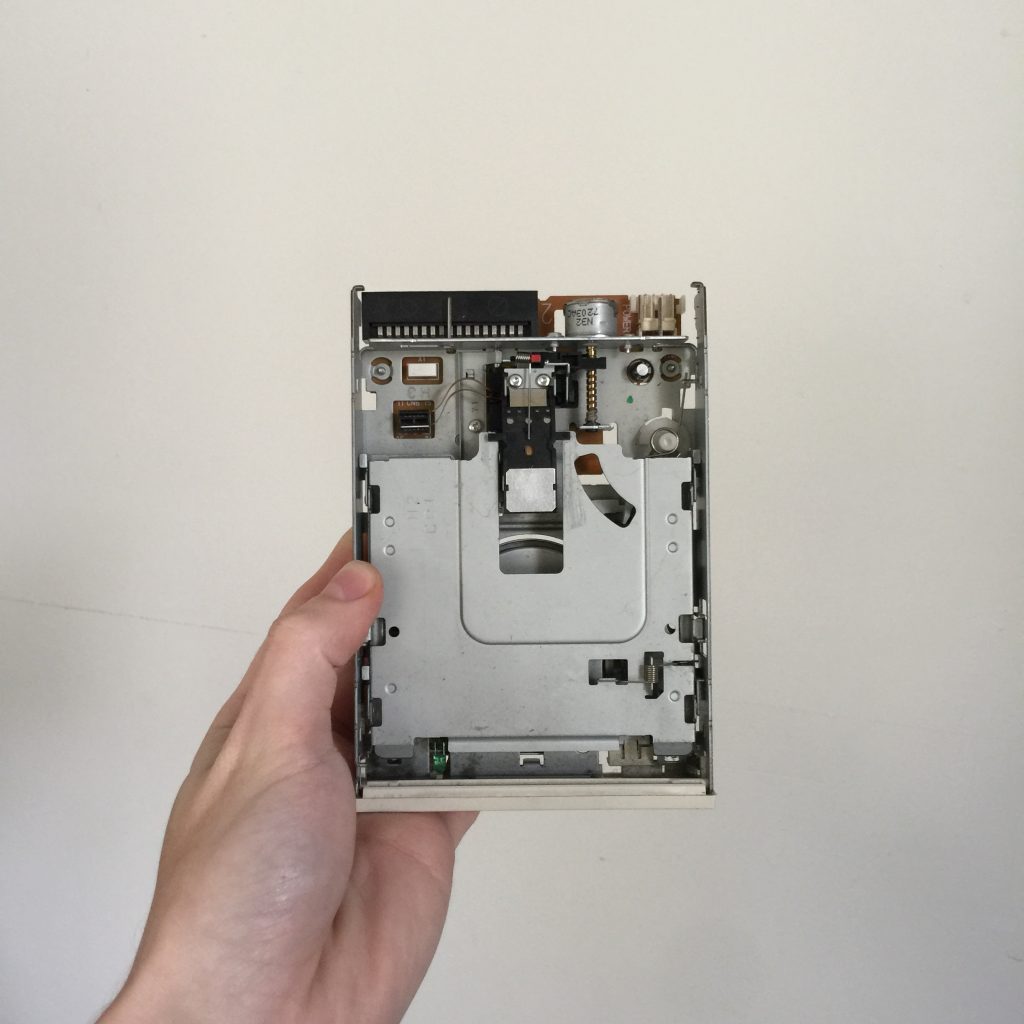 The Floppy Disk Drive and the Phonogene

I’ve long been fascinated by the analogue mediums, such as magnetic audio tape; my creative practice often utilises a medium’s inherent qualities as a means of defining a listening situation — see ENDLESS PRESENT. For instance, with audio tape, the basic act of looping or changing the tape speed elicits pleasing results. Further manipulation, such as stretching, creasing, excessive dubbing or distressing the tape, brings the medium, and its inherent possibilities, into focus.

My PhD research focuses on the repurposing of obsolete technology as a catalyst for new compositional techniques. This has led me to look beyond tape into other forms of magnetic media such as the rather obsolete 3.5″ floppy disk; it’s rotating magnetic disk shares similar properties to audio tape.

A Floppy Disk Drive (FDD) is a relatively simple mechanical device. You insert a floppy disk and a motor spins it. Two sets of read/write heads, one for the top of the disc and one for the bottom, make contact with the magnetic disk and read and/or write data. A stepper motor moves both heads either forwards or backwards by a ‘step’; a total of 80 steps are possible, corresponding to 80 tracks of data. In the context of audio, these tracks are similar to the groves of a record. However, the tracks of a floppy disk are arranged in concentric circles (individual tracks) rather than in a spiral structure (one long track). 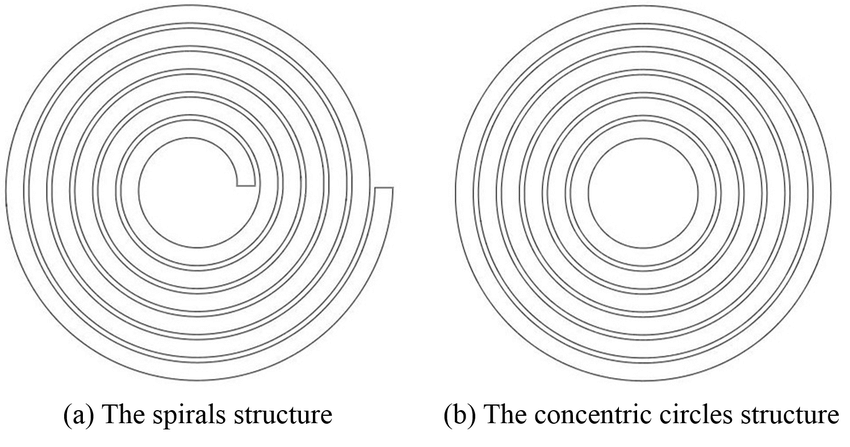 Most floppy disks are rotated at a speed of 300rpm. This equates to around 0.2 seconds per revolution. So if we were to record audio onto a disk, then a total of 16 seconds of audio would be possible per side (0.2 seconds x 80 tracks). In terms of recording/reading audio to and from the floppy disk, it is possible to use the existing read/write heads to do this job for us, albeit with some modification. Jeri Ellsworth has been credited with the initial documentation of this concept and Daniel McAnulty has further documented and expanded upon this idea. Following in their footsteps I rewired the read/write heads from the internal circuitry of an FDD to the circuitry of a cassette deck and built a simple pulse generator to control the read/write heads stepper motor, interfacing with the FDD circuitry. As a result, I have been able to read/write audio with rather lo-fi results, but to only one side.

After recording an audio fragment to a floppy disk, you must step sequentially through each track at the same speed that you recorded it — stepping backwards reads your 0.2 second slices of audio in reverse. Since my pulse generator is variable, I found that varying the stepping speed resulted in something that was akin to a mechanical time stretching device, the most famous of these being Pierre Schaeffer’s Universal Phonogene. Interestingly, both Ellsworth’s and McAnulty’s experiments have touched on reading audio forwards and backwards but not by varying the speed of the read/write head stepper motor whilst doing so.

[The universal phonogene’s] main characteristic was the possibility of dissociating pitch variation from time variation, thus opening the road to two very popular techniques of the digital era: harmonising, which implies transposing sound without modifying its duration; and stretching, which modifies duration with no pitch modification.

Teruggi, D. (2007). Technology and musique concrète: The technical developments of the Groupe de Recherches Musicales and their implication in musical composition. Organised Sound, 12(3), 213-231.

Moving the read/write heads of the FDD between each track at different rates allows for their expansion/compression in time, resulting in the ability to control the duration of the recorded audio without altering its pitch. My rather lo-fi experiments with a string quartet fragment are below (hum, noise and all). You can hear me move the read/write heads at different speeds, both forwards and backwards, resulting in compression/expansion of musical time.

I realise that writing audio to a floppy disk via a FDD is never going to result in audio of high fidelity, but that’s not the point. Such a device is able to produce unique musical results due to its mechanism. By design its 80 tracks can be exploited in interesting ways, either being read sequentially (forwards or backwards) or, with the help of a microcontroller and additional circuitry, asynchronously. Even moving the head across the recorded tracks, whilst varying its speed, produces interesting results (as heard above). It is also possible to rotate the floppy disk at different speeds (with additional circuitry), giving control over pitch and duration, something I am keenly working on. Another possibility is to ‘play’ a floppy disk that has been used to hold data (i.e. a floppy disk that holds data a computer can read). In the recording below I found a disk that holds part of a Windows operating system and read this using the same method as above, varying the speed and direction of the read/write heads.

From a compositional perspective, the beginnings of this re-appropriation of the FDD into a musical device already has rich possibilities. I am hesitant to talk about compositional ‘techniques’ before having had a chance to develop my work further. However, there are compositional possibilities for both generation of new musical ideas, as well as the transcription of transformed audio, in harmonic, timbral and rhythmic ways.

Taking on the role of both engineer and composer is tricky. Whilst I am quite familiar with electronics the learning curve can be steep when working with highly technical documents. Lately I have been working on refining the process of recording/reading audio from a floppy disk, with a good deal of my time being spent on researching and designing custom circuitry that will improve the reading and writing of audio onto floppy disks. I am also developing more refined control circuitry to fully harness, or modify, the FDD mechanisms, liberating them from their original control circuitry. This may seem pretty complicated but more information, diagrams, videos, etc. will follow. So, if you want to see where this ends up, stay tuned.